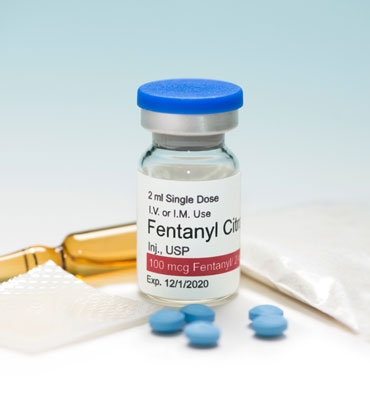 Sloganeering is the art of developing a catchy phrase to “sell” to the public ideas, policies and commodities. Marketers create them to sell products. Politicians create them to sell ideas and policies. The measure of success in a slogan is not always in line with the quality or success of the product or idea. “Just Say No” is a slogan developed by Nancy Reagan in the 1980s, and is still one of the most ridiculed and mocked, by Democrats. In an ironic twist, their campaign to destroy her slogan made it more memorable. “Just Say No” is one of the most famous political slogans in the world. Whether you love or hate Reagan, you know exactly what the slogan means. It means drug abuse prevention awareness. Nancy’s slogan endures as a success, in terms of messaging.

The recent tragedy of five adults perishing from fentanyl overdose at a party in Commerce City, Colorado last February, which orphaned a 4 month old baby, awakens us to the modern perils of drug abuse. These five adults indulged in cocaine and most likely had no idea it was laced with fentanyl. It is believed they all died instantaneously. In the world of illicit drug use, that is fentanyl’s purpose. To hide inside your favorite illicit drug of choice, then kill you instantly.

HB19-1263 made possession of enough fentanyl to kill 2,000 adults a misdemeanor. Now Democrats are decrying the media for shining light on their role in this dangerous and destructive bill. They complain that because they got a minority of Republicans to vote with them in passing it, they can’t be exposed as the primary drivers in making the bill reality. Their slogan is “Don’t Blame Me Republicans Helped.” Two years after being signed into law by Governor Polis, Colorado now holds 2nd place as the State with the fastest growing population of “death by fentanyl.” By Olympic standards Colorado takes the silver medal. HB19-1263 was a critical mistake made by three Democrats and one Republican, and the legislature needs to act swiftly to repeal it. There was an effort to fix this mistake in HB20-1150, but since May of 2020 it sits languishing in the status of “postponed indefinitely.” That bill desperately needs to be resurrected and put to action. Passing HB20-1150 and making it reality will save lives.

There also needs to be an effort to create a successful campaign of public awareness to the dangers of fentanyl and how it is being used to make less lethal drugs a potential “death dose.” The rate these deaths are surging begs urgent and serious attention. El Paso County alone has seen a 75% increase in drug related deaths from 2020 to 2021, primarily driven by fentanyl, which doubled in the same time frame. Lecturing survivors of those who lost loved ones to fentanyl, that their loved ones should have known better, exercised more discipline and responsibility, is not helpful or practical. Their lost loved ones were also victims. These five adults in Commerce City did not attend a party expecting to die. They attended that party expecting to indulge in recreational drug use, enjoy their experience, and wake up hungover. They may have even felt guilt afterward or had a crisis of conscience that inspired them to change their ways. Five adults who will never have the opportunity for a crisis of conscience now. They broke the law, expecting to survive their party, and we will never know whether any of them would have changed their mind and abstained from illicit drug use in the future. A four month old orphaned child will never know either.

Shana Black for State Representative – Helping Others While Fighting For You