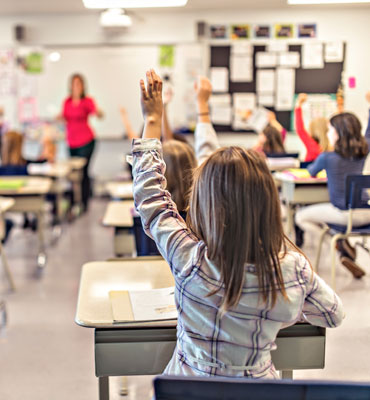 There has been a great awakening in parents across our nation of public education, and its current state of dysfunction and deception. This awakening has given birth to a movement of parents demanding their stolen seats be returned to the table. This movement is increasingly driven by the reality that it is long overdue. School Boards of Education have enjoyed so much control over our children’s academic life for so long, a character of arrogance has infused it. That arrogance even resulted in a DHS directive to investigate parents who show up to school board meetings with objections to the curriculum, under the premise that they could potentially be classified as domestic terrorists. The mere act of exercising a parental right of participation in their child’s education has effectively been criminalized by our current government.

This is dangerous, and has exposed a malignancy that has infected the entirety of the public educational system. Covid-19, for all its tragedies, provided a much needed vehicle for parents to discover there was something very wrong going on in their children’s classrooms. The curtain has been drawn back and the realities of this toxic educational system has been exposed. When the National School Boards Association made their appeal to the Department of Homeland Security to investigate, threaten and punish parents who express disagreement with the current (and seemingly secret) curriculum, the problem has reached critical mass.

At the core of this critical mass is the general lack of transparency and increased level of secrecy in school curriculums. Parents are being shut out by school boards, of gaining knowledge about what goes on within their children’s classrooms. It was not always like this, and there is no valid reason for it to be like this today. How it got to be this way is important to understand, but reversing it immediately is more important. Parents cannot advocate for their children to receive the best education possible, when the system views their interest as interference or opposition. Removing the current layer of secrecy between curriculum and parental knowledge is the most effective way to eradicate indoctrination over education. In our Constitutional Republic, parents still know what is best for their children, and have ultimate authority over how they are raised and educated. They believe their children deserve a public education that has integrity and transparency. They want their seats back at that table.